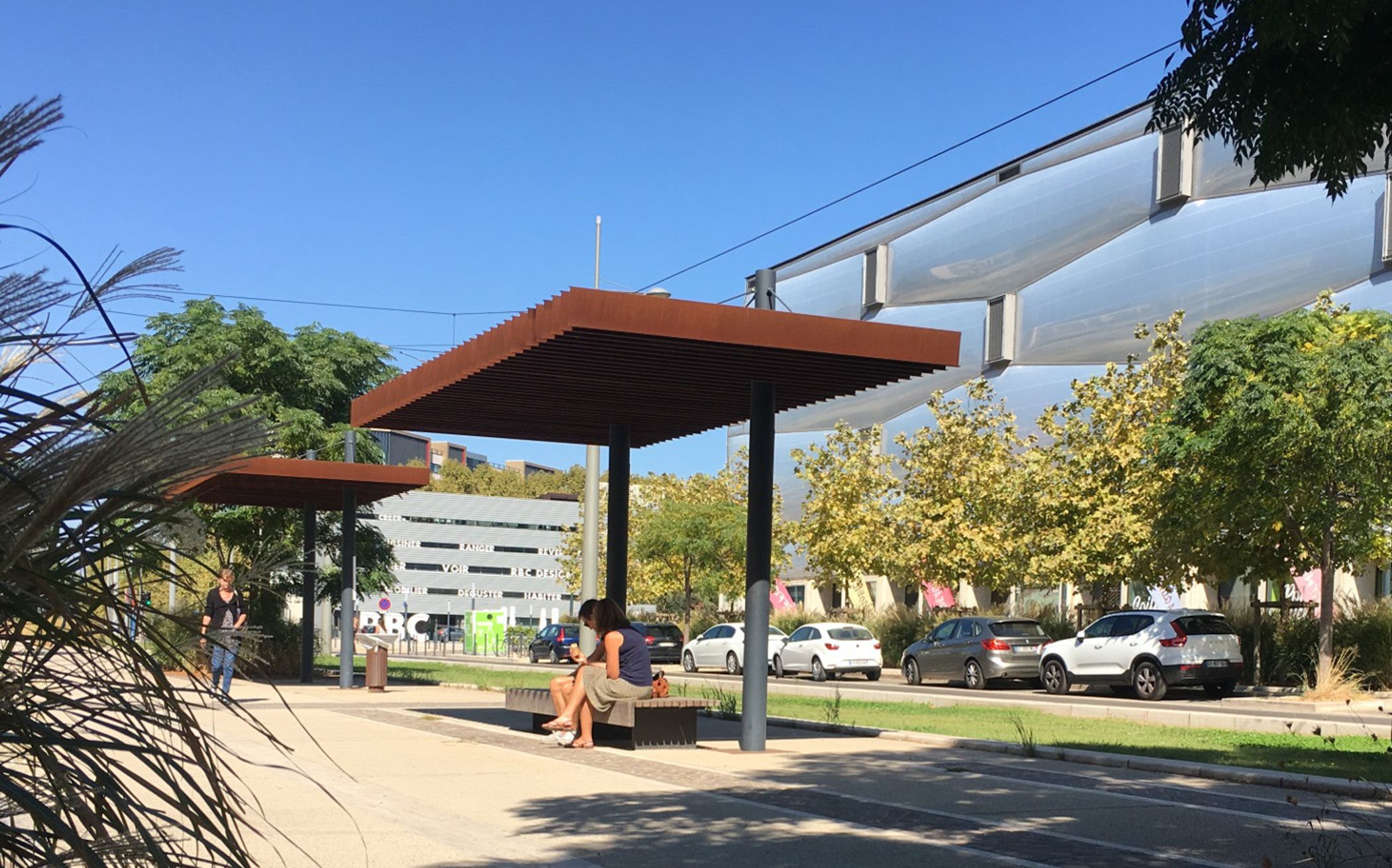 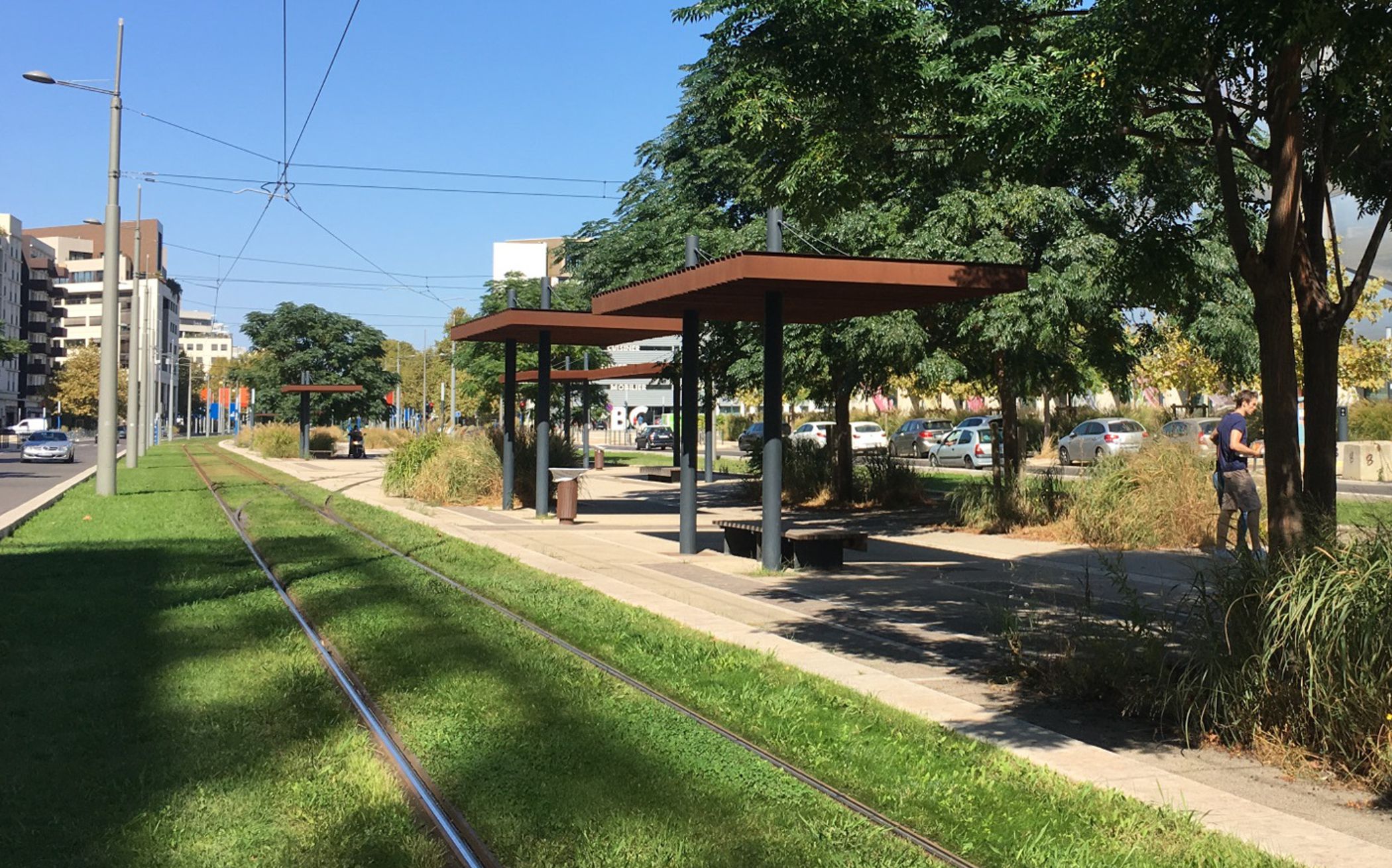 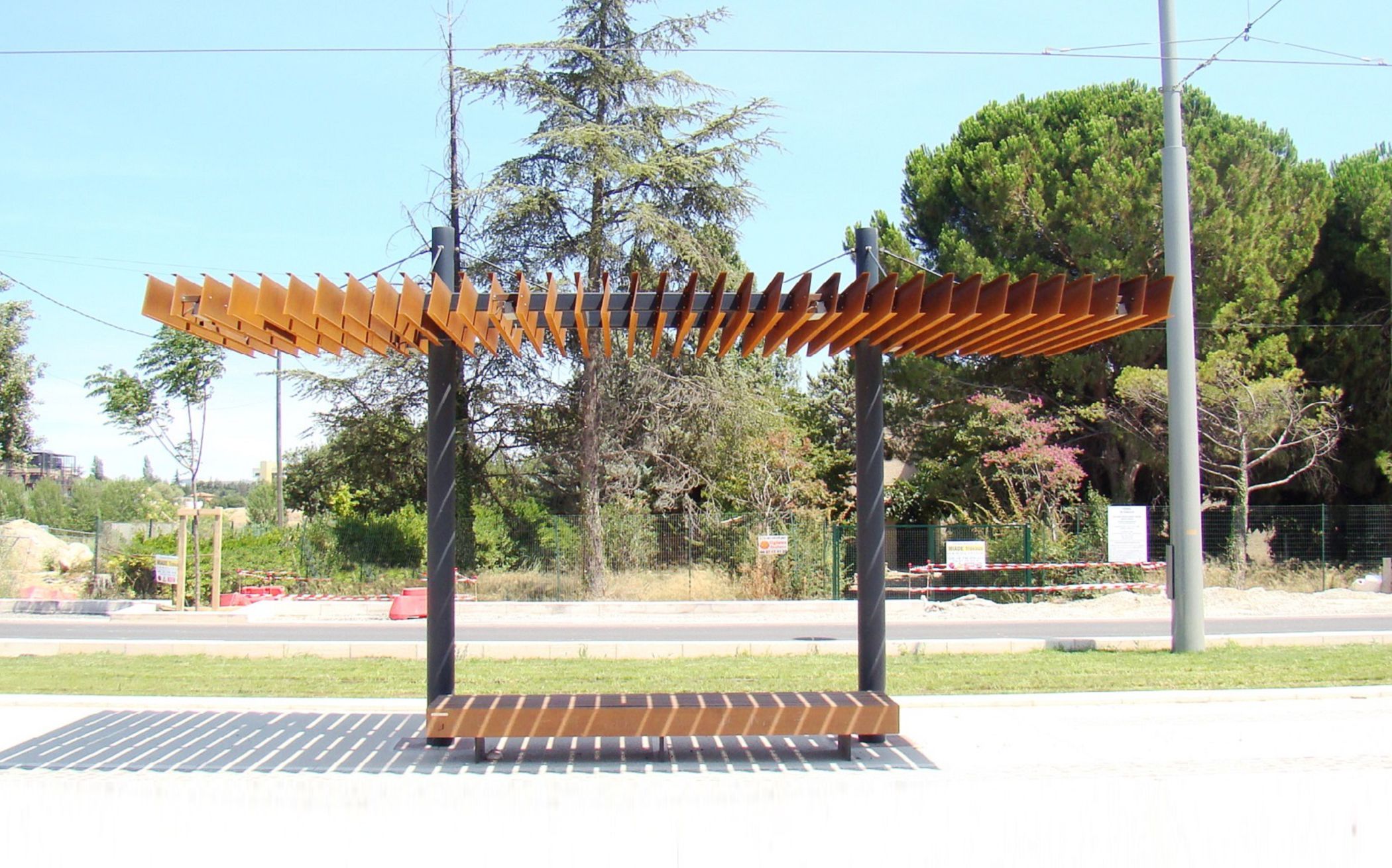 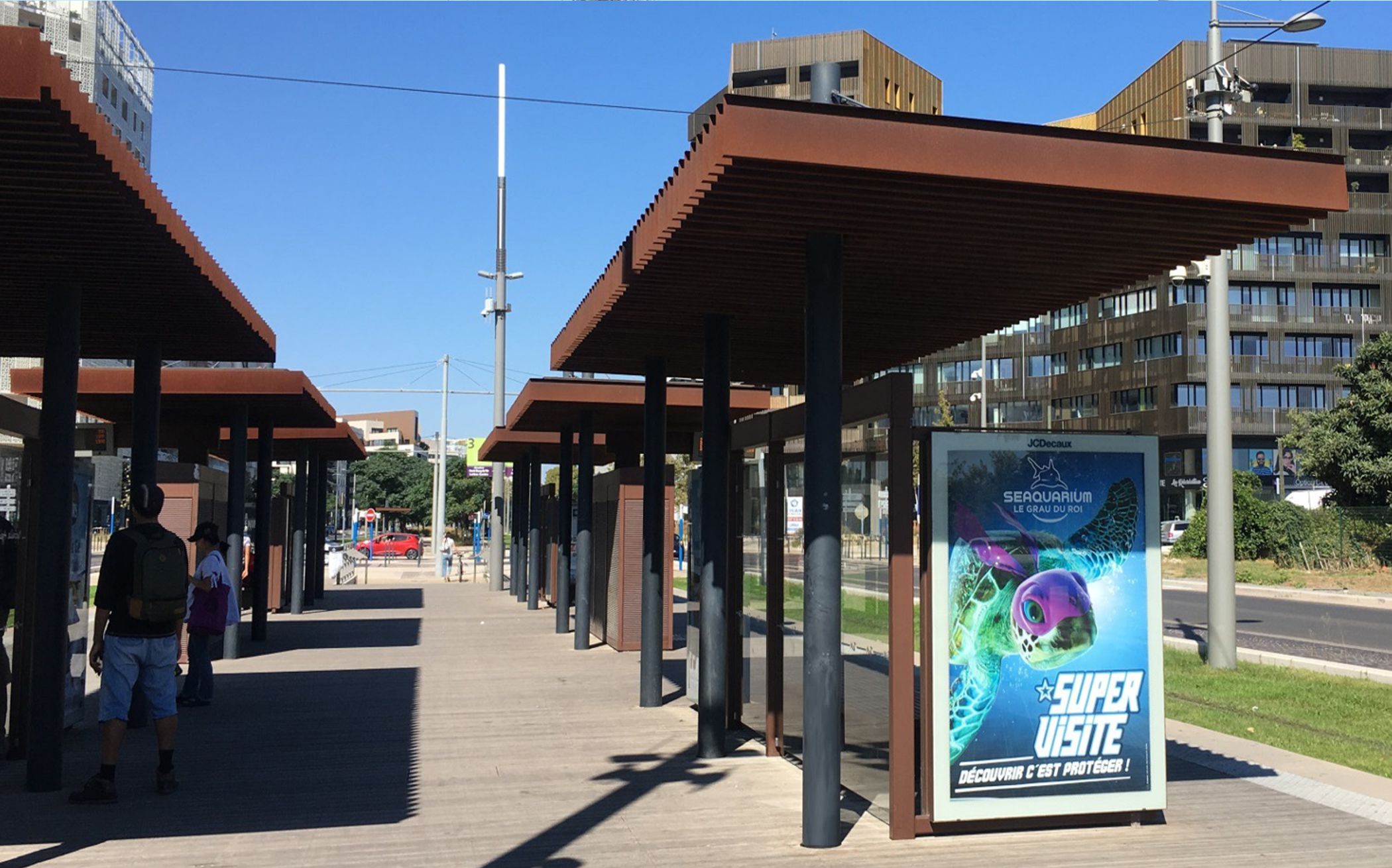 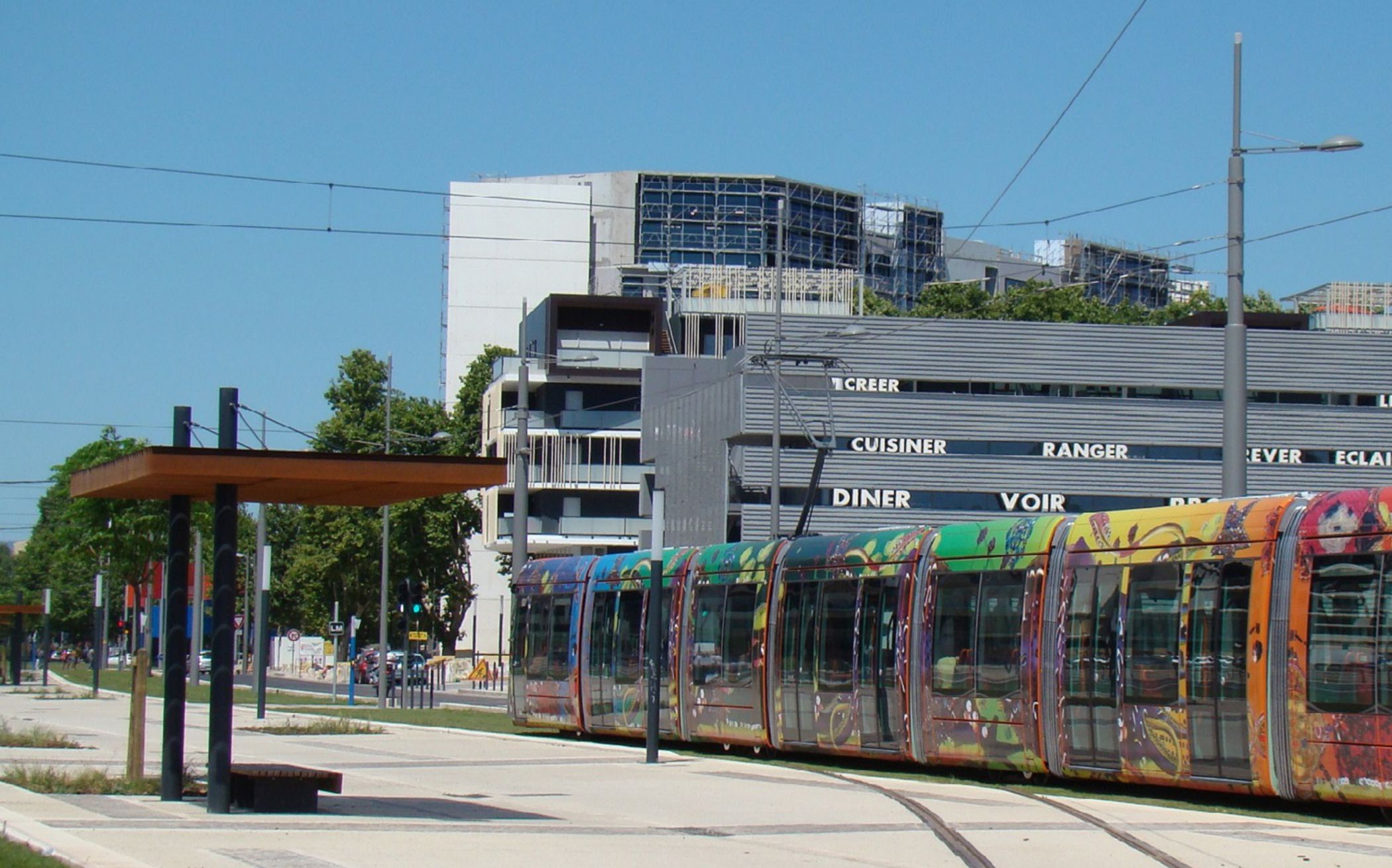 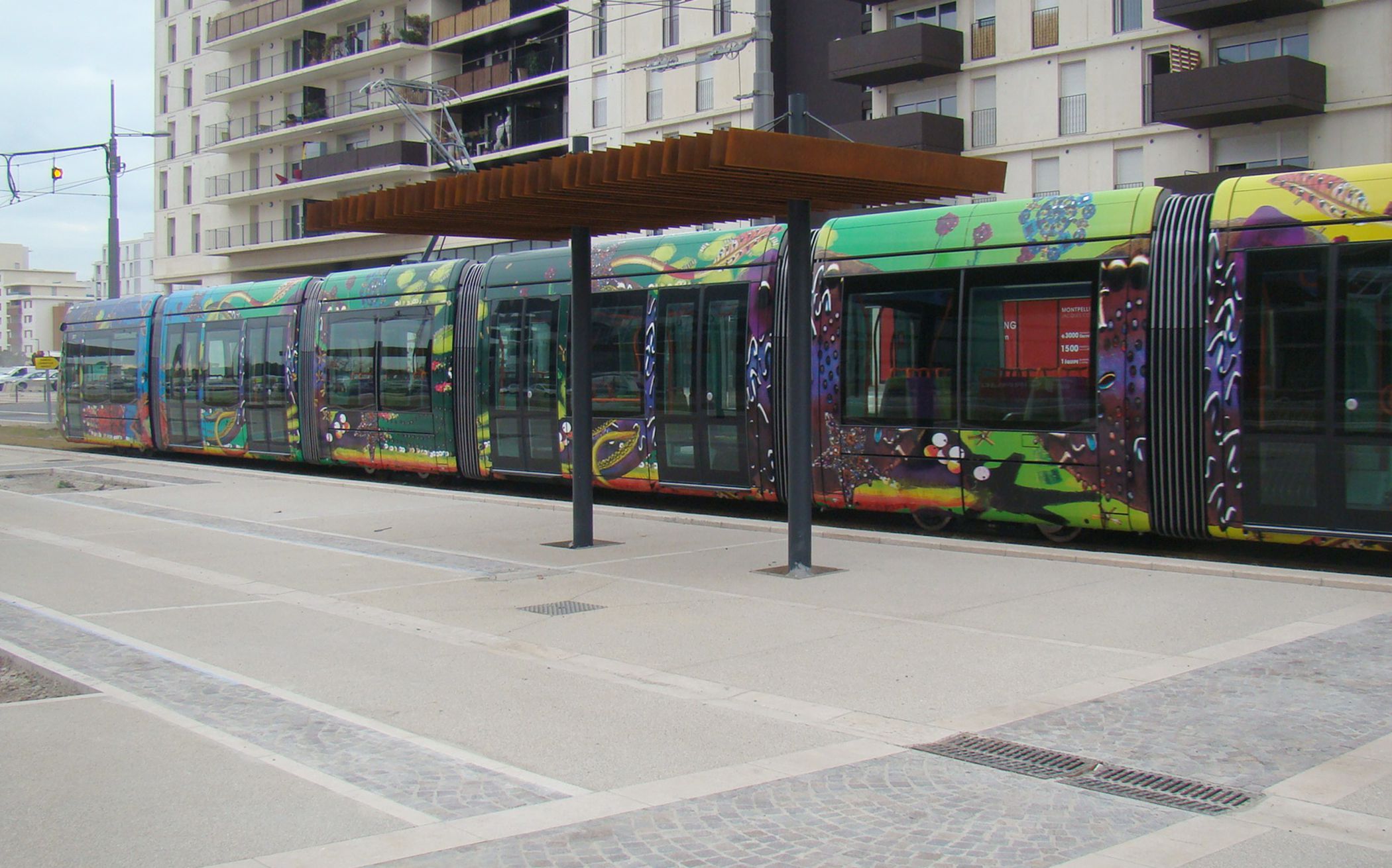 The historic Avenue Raymond Dugrand is one of the most important streets in Montpellier.

It is 800 m long and connects the city to the sea.

Besides being a significant hub from the point of view of the landscape, it also plays a fundamental role in urban traffic flow.

It is extensively served by public transport, and connects the south-eastern area of the city to the motorway.

Within this context shelters and shaders have been installed, made of Corten steel, which blend perfectly with the urban style, while ensuring long-lasting durability.

Of particular note are the shaders, designed to resemble real “floating rafts”, composed of separate sheets, to give an effect of lightness to the entire structure.

The integration of a high-quality lighting system perfectly completes this sober and elegant design.

The adjacent tram stop maintains the same style: a single Corten sheet serves as a roof to provide maximum protection for users.