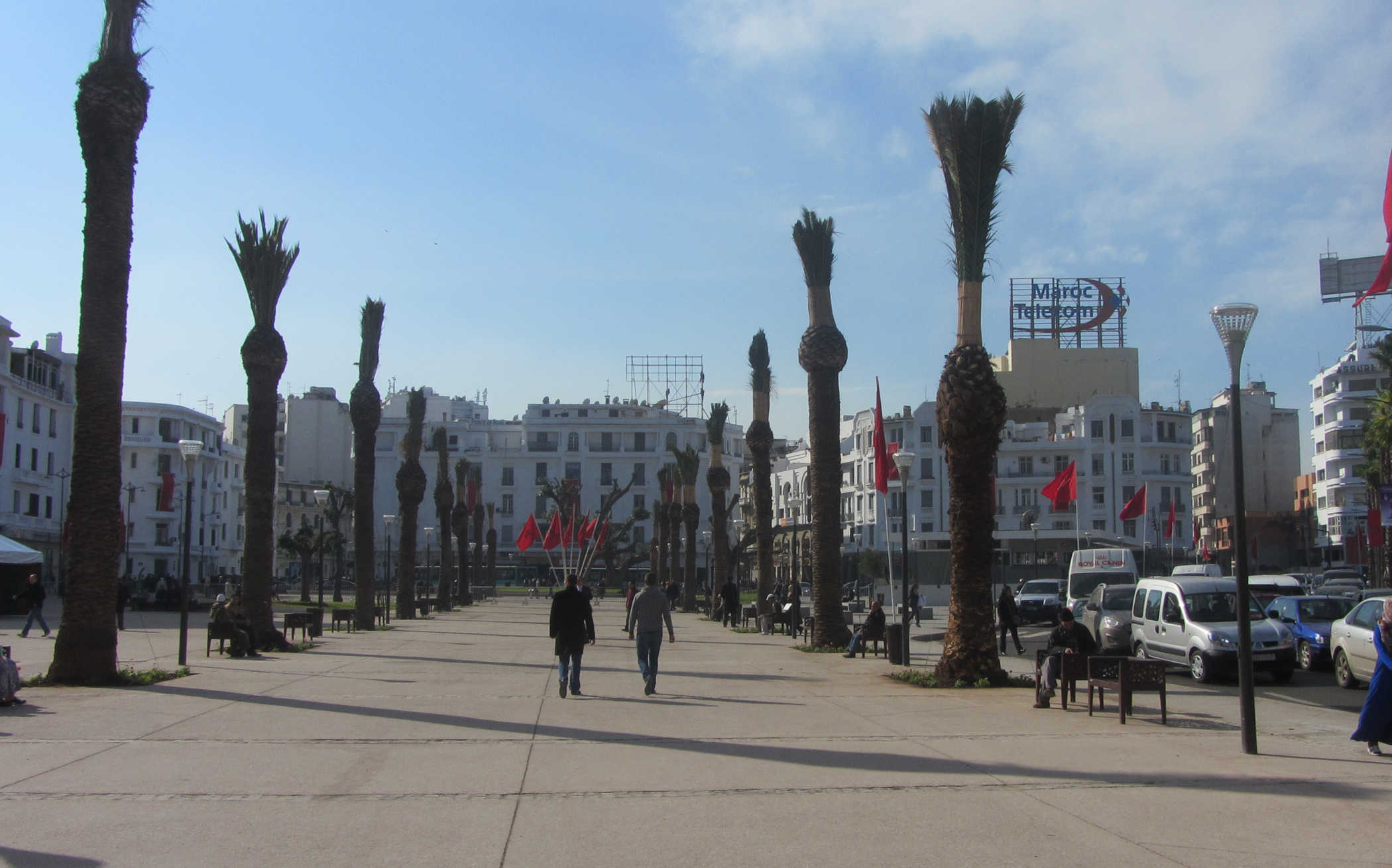 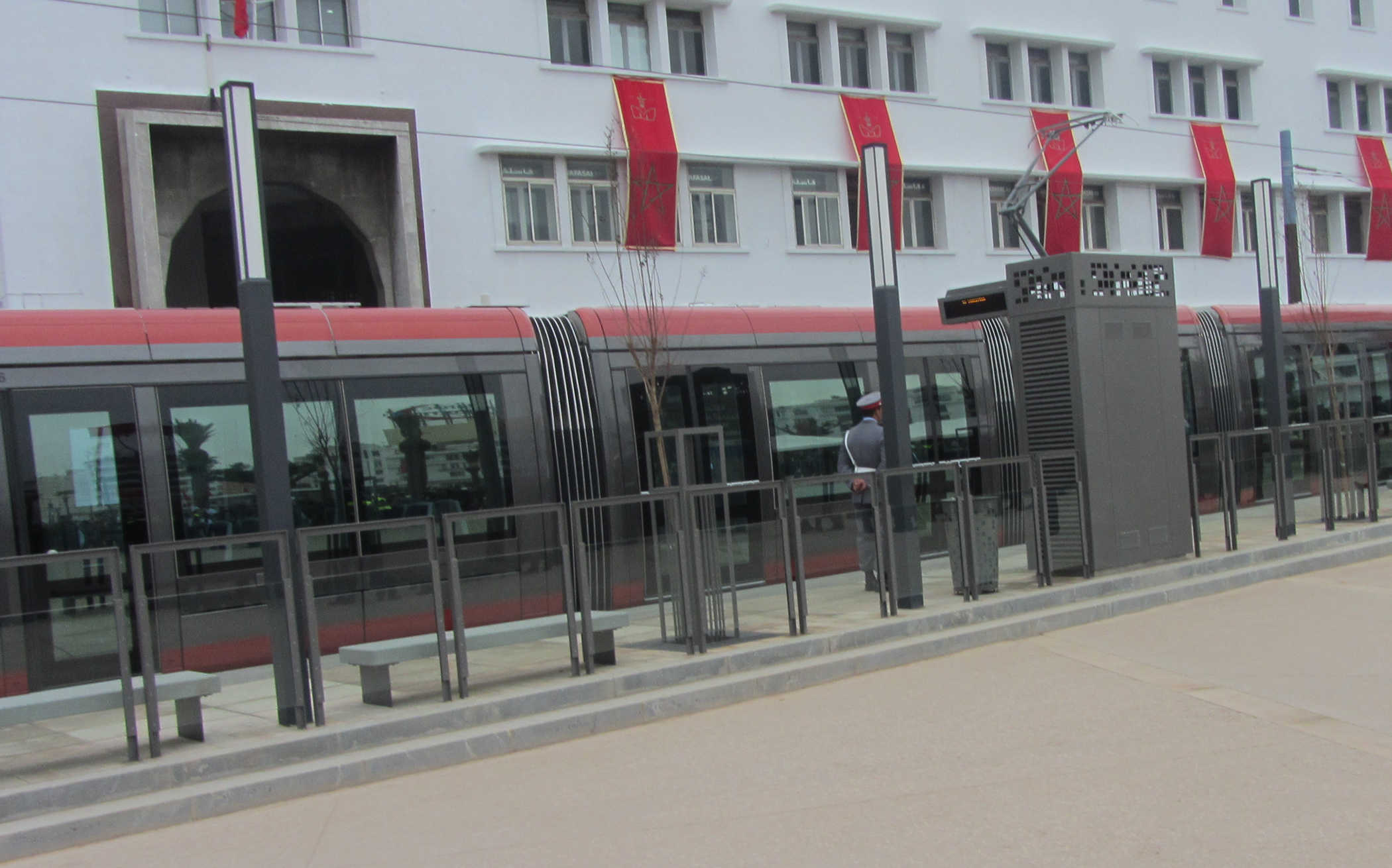 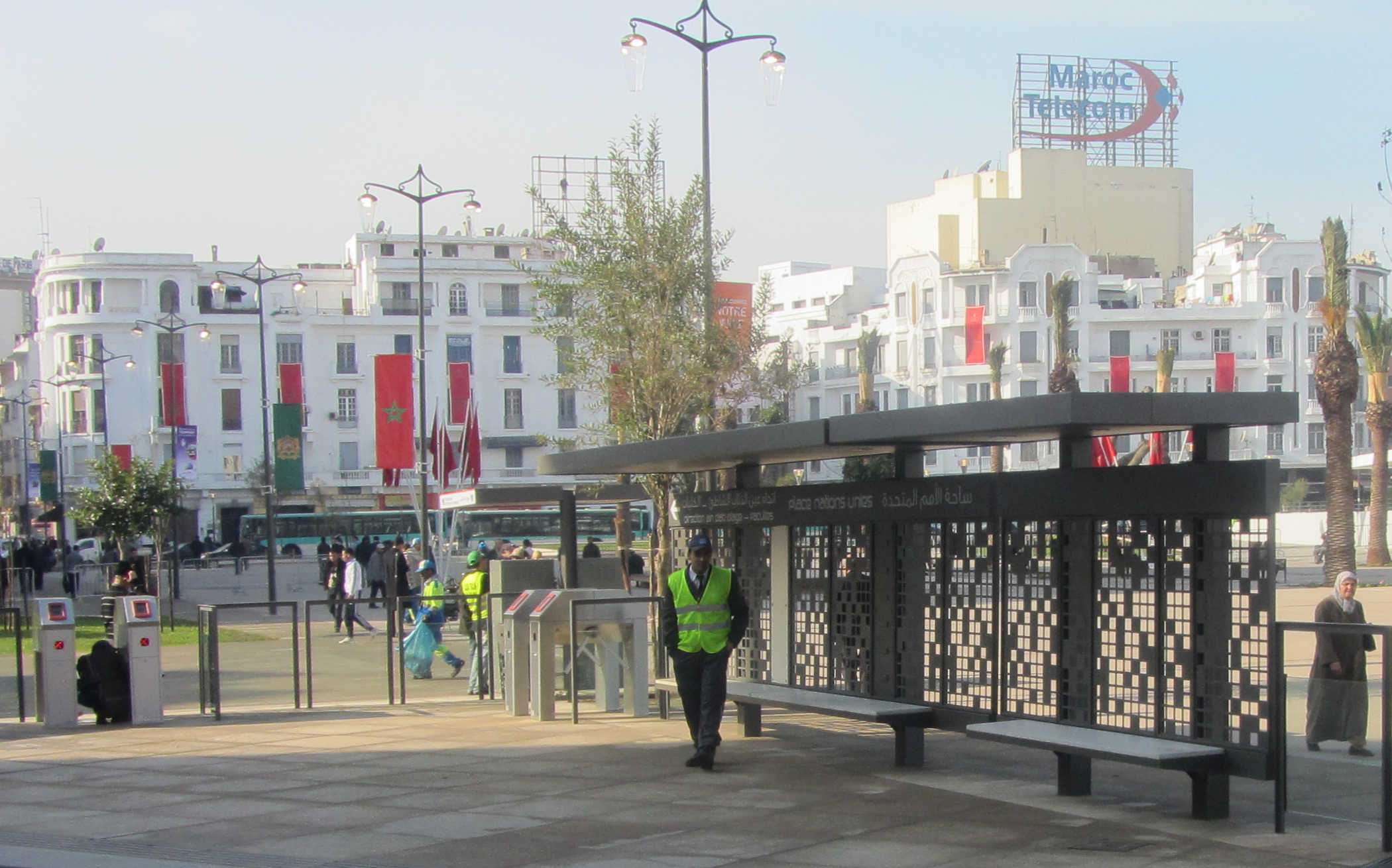 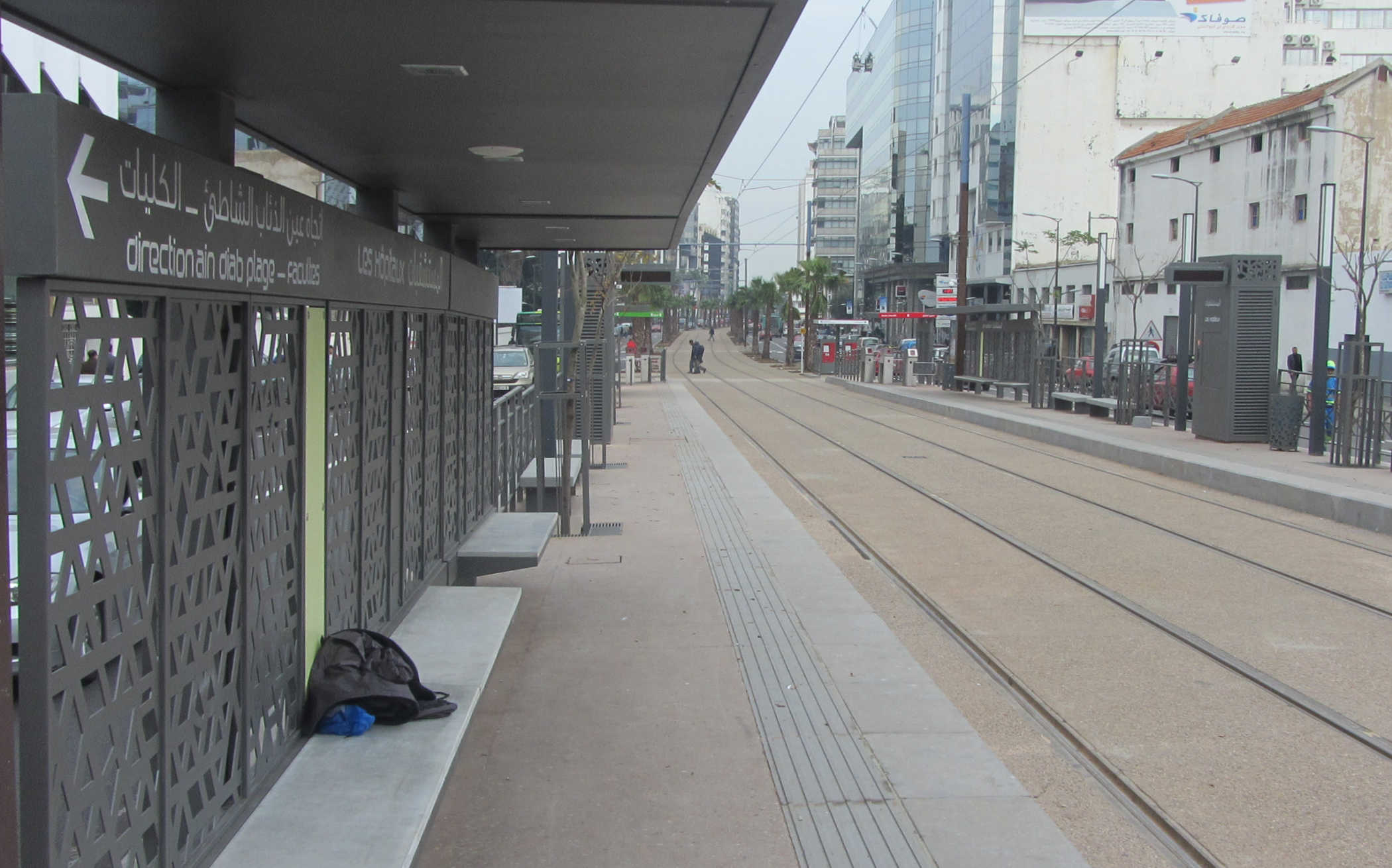 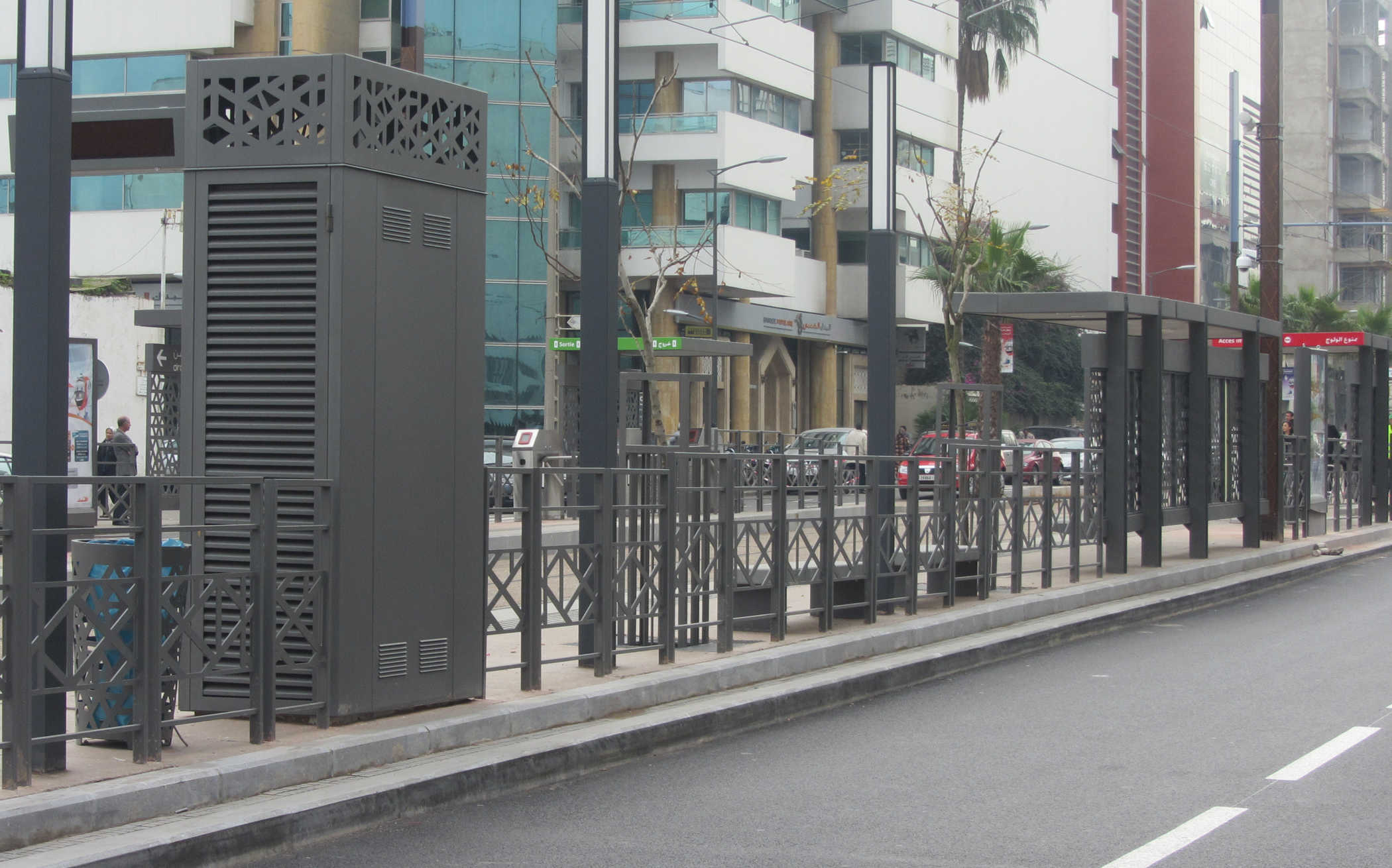 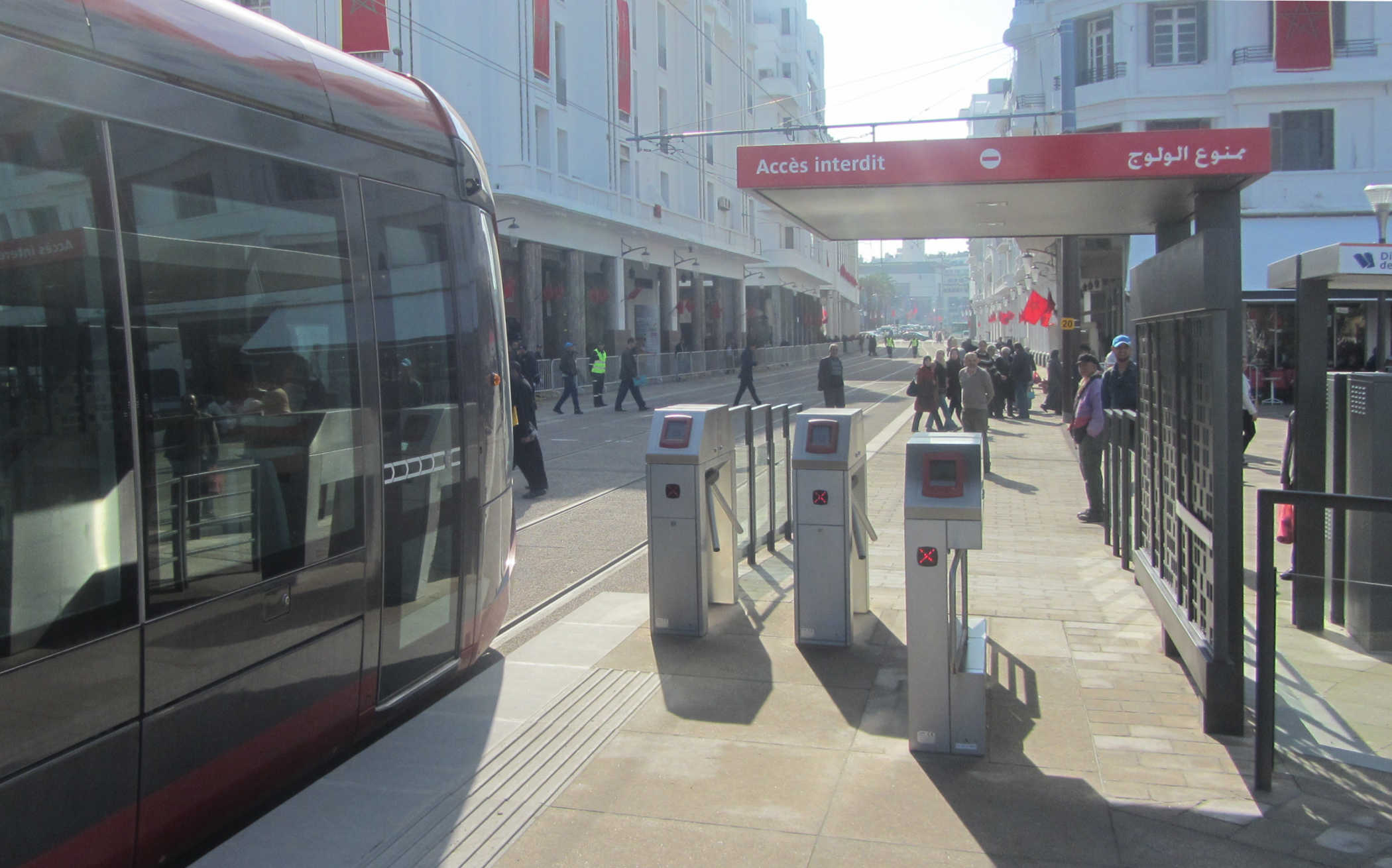 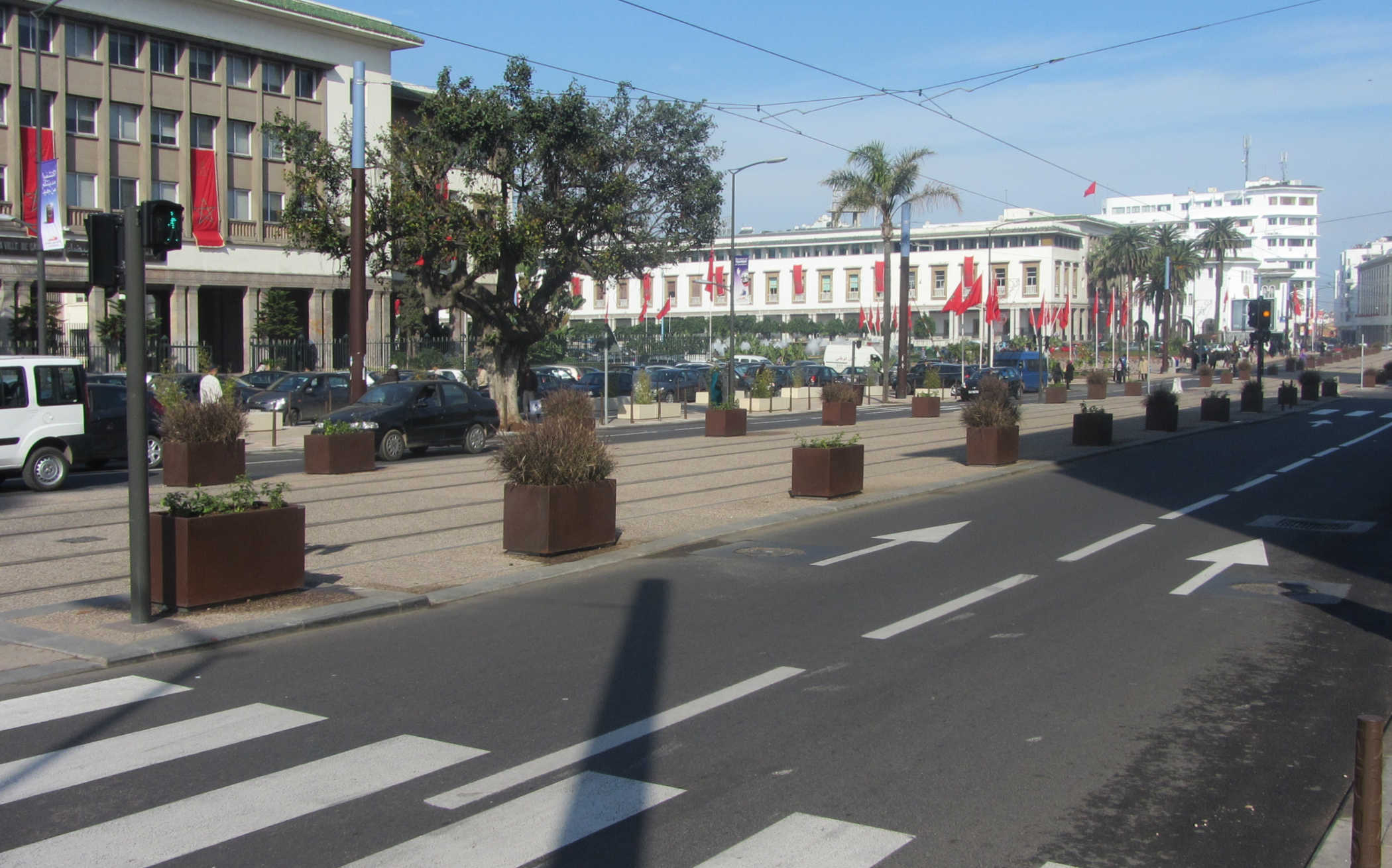 Although not the capital, Casablanca is Marocco’s main economic and financial centre and, along with Cairo and Algiers, the largest metropolis in the Maghreb.

With its first tramway line the city wanted to inaugurate a significant project whose aim was to rethink the road network, which would in turn lead to an ambitious urban transport project.

With its 48 stations and 30 km length, the Casablanca line is one of the largest in the world and runs through the city from east to west, linking the famous Sidi Moumen district to the university district.

This was a complete urban design project, where waste bins, barriers and carefully-finished benches were added to the shelters, which were in turn finished with laser-cut decorative panels to give the city a new image.