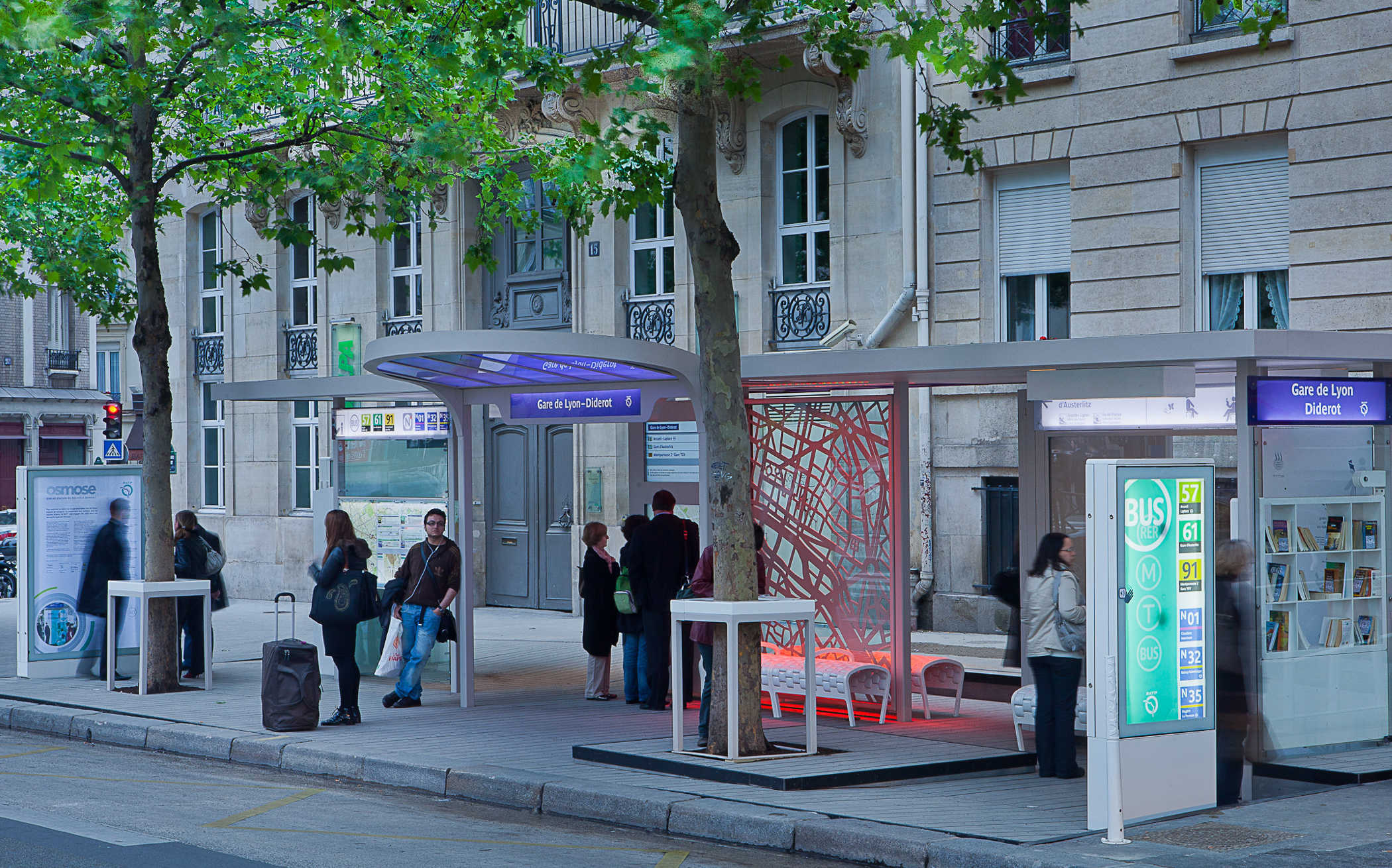 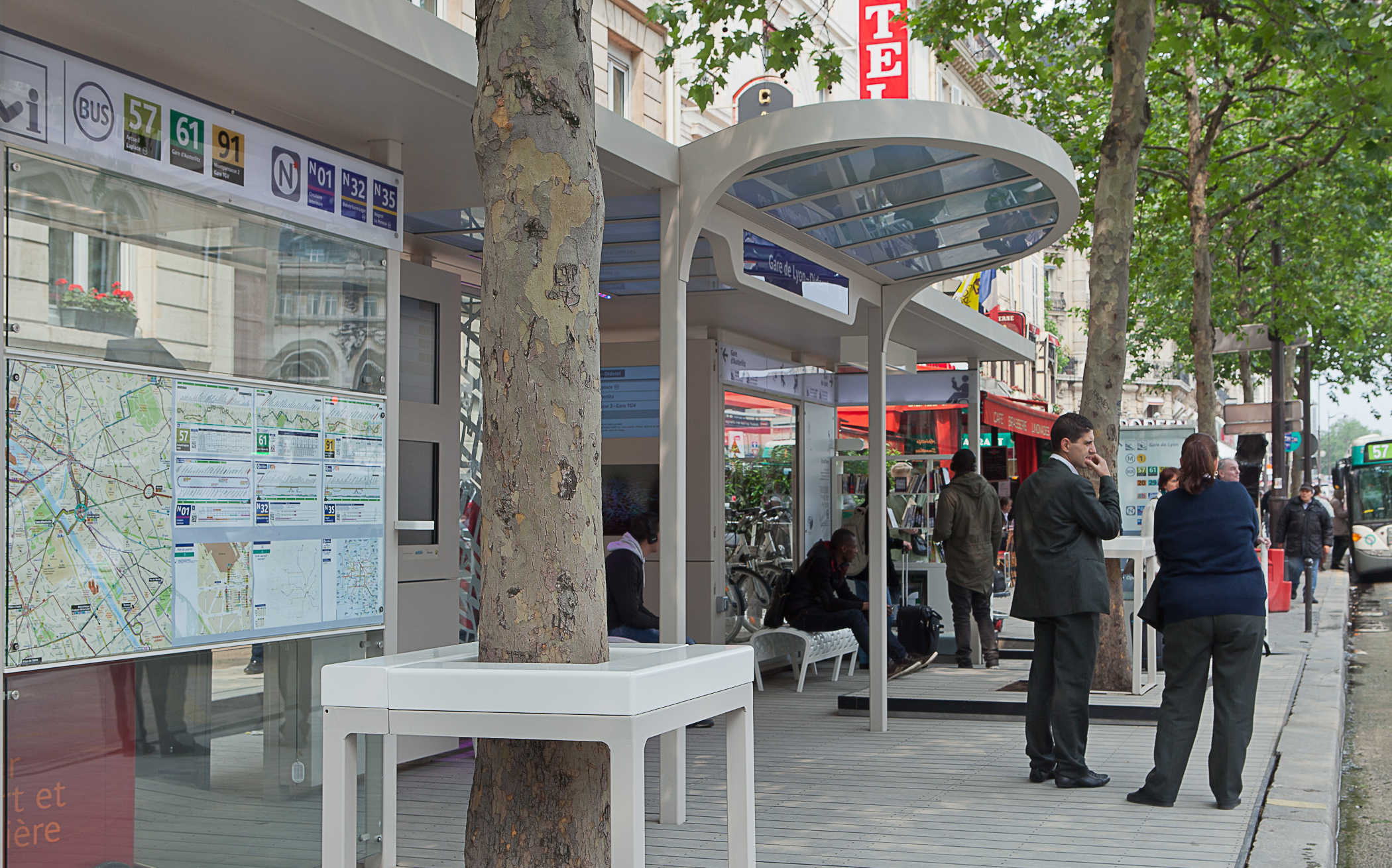 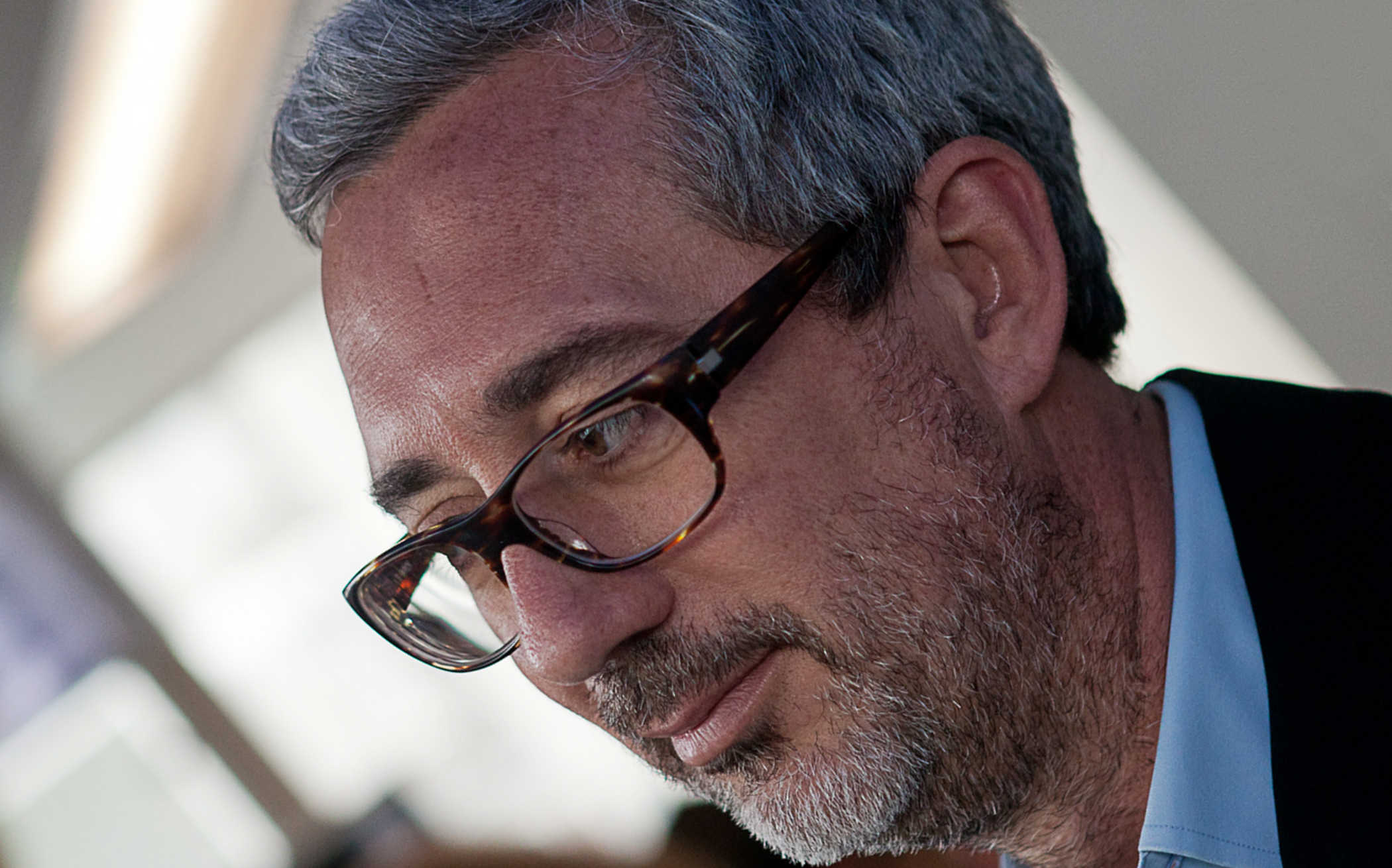 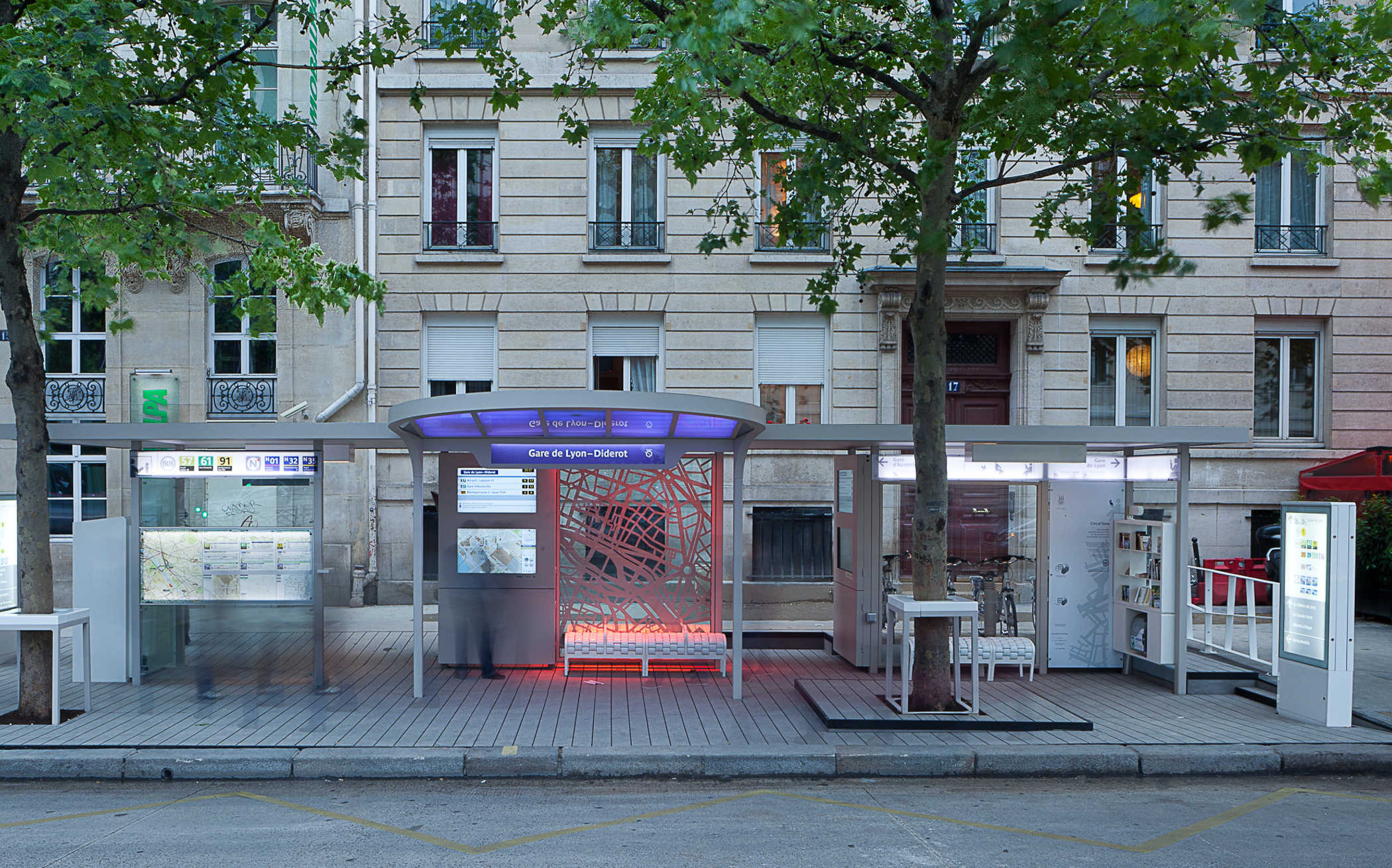 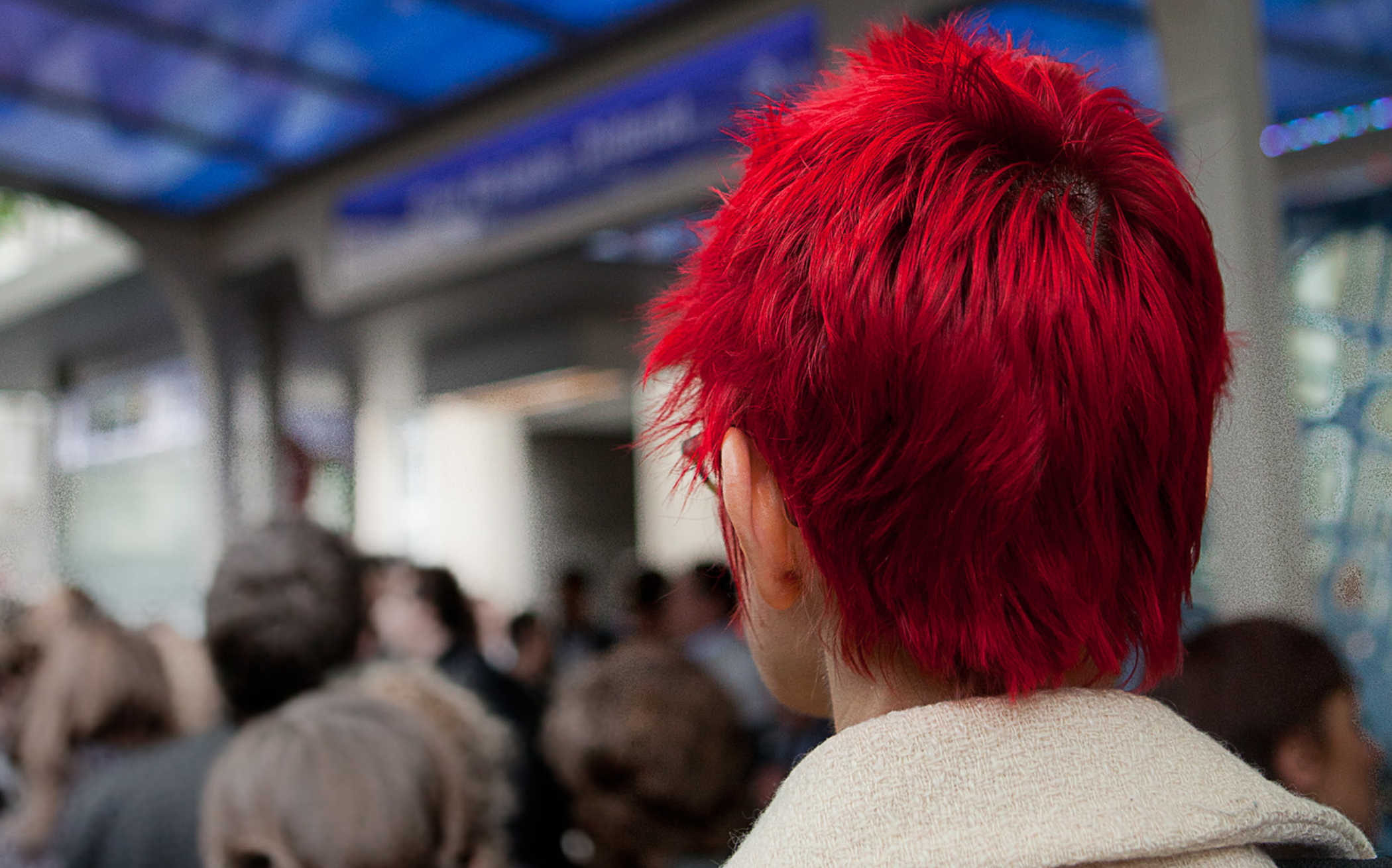 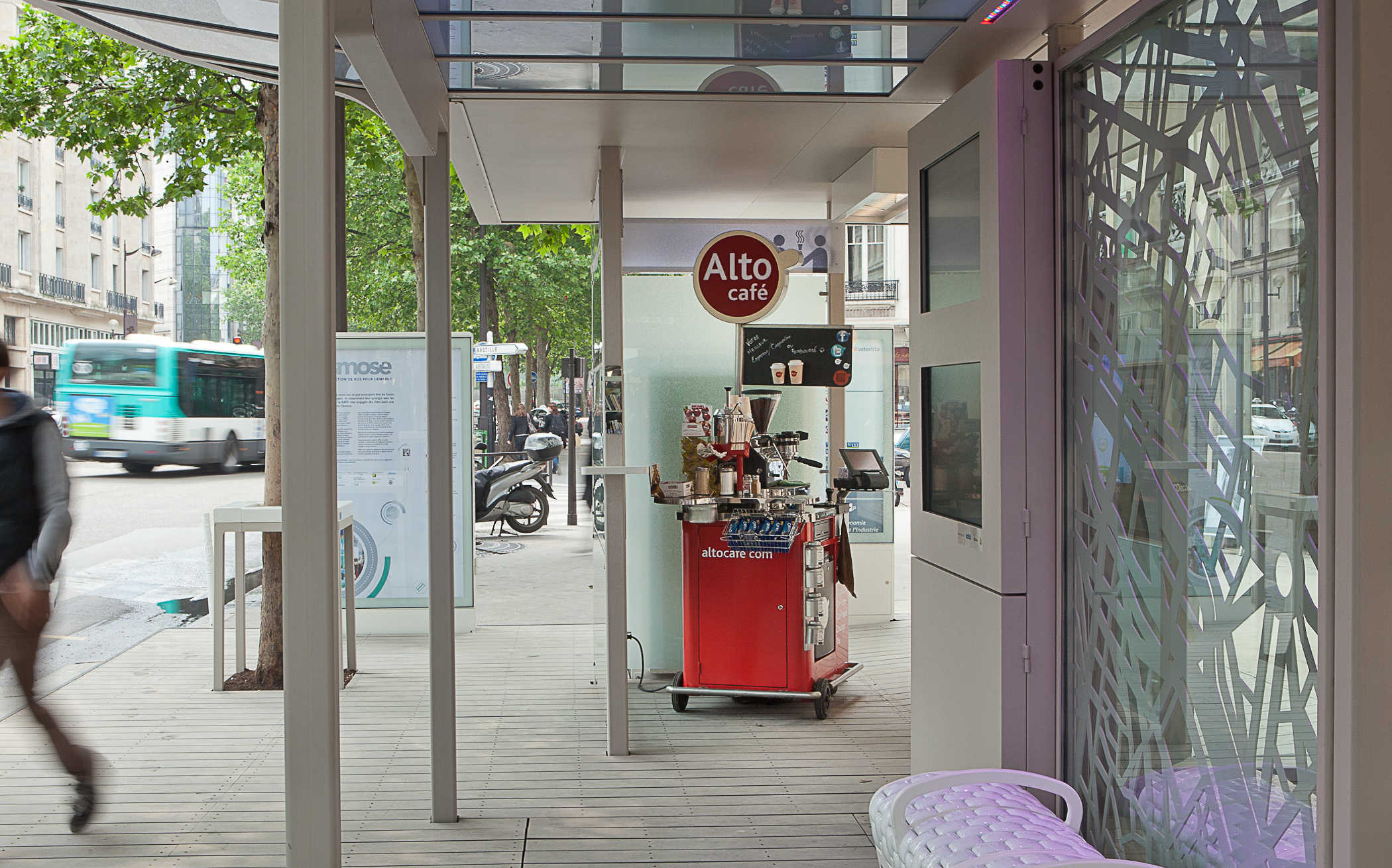 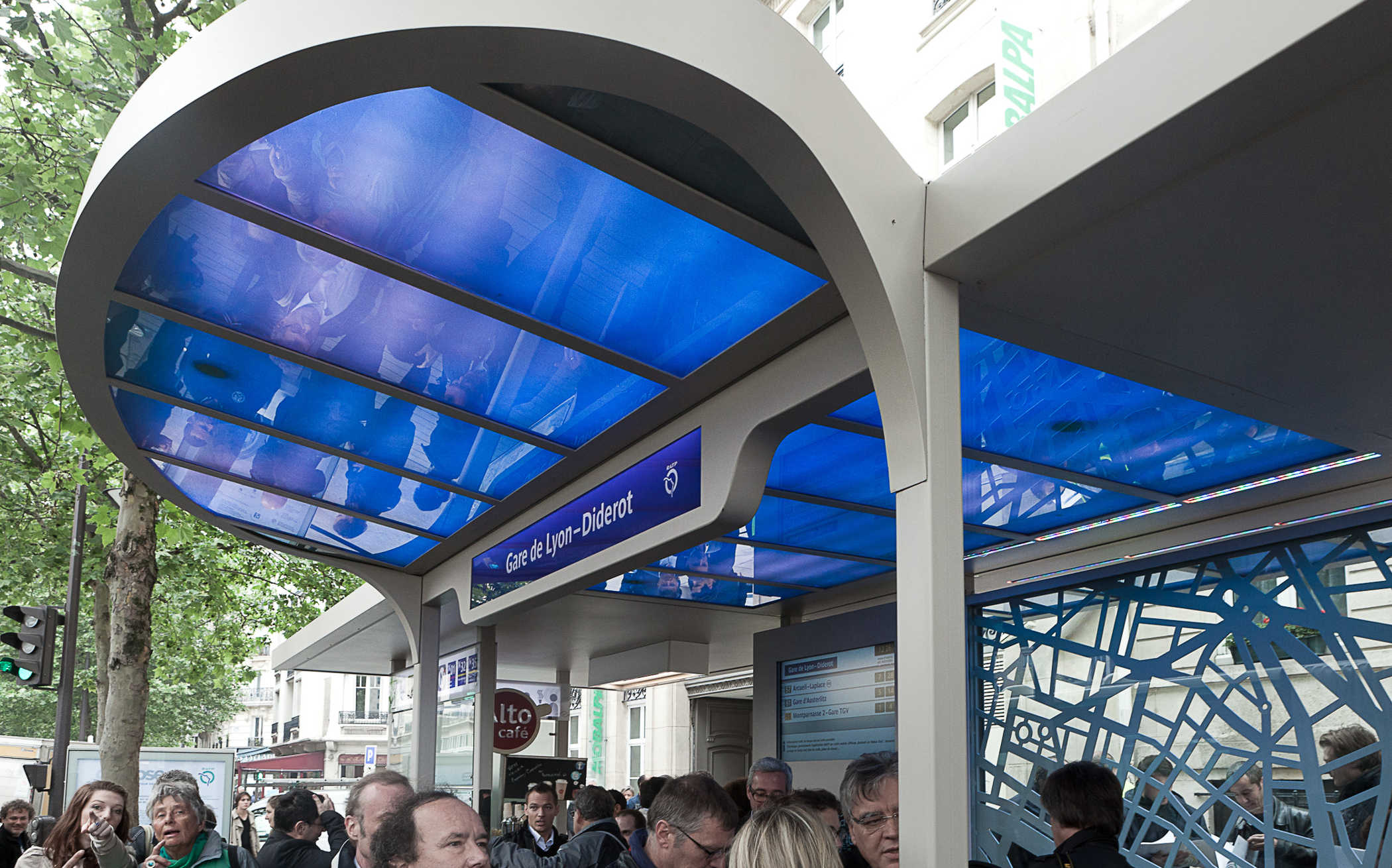 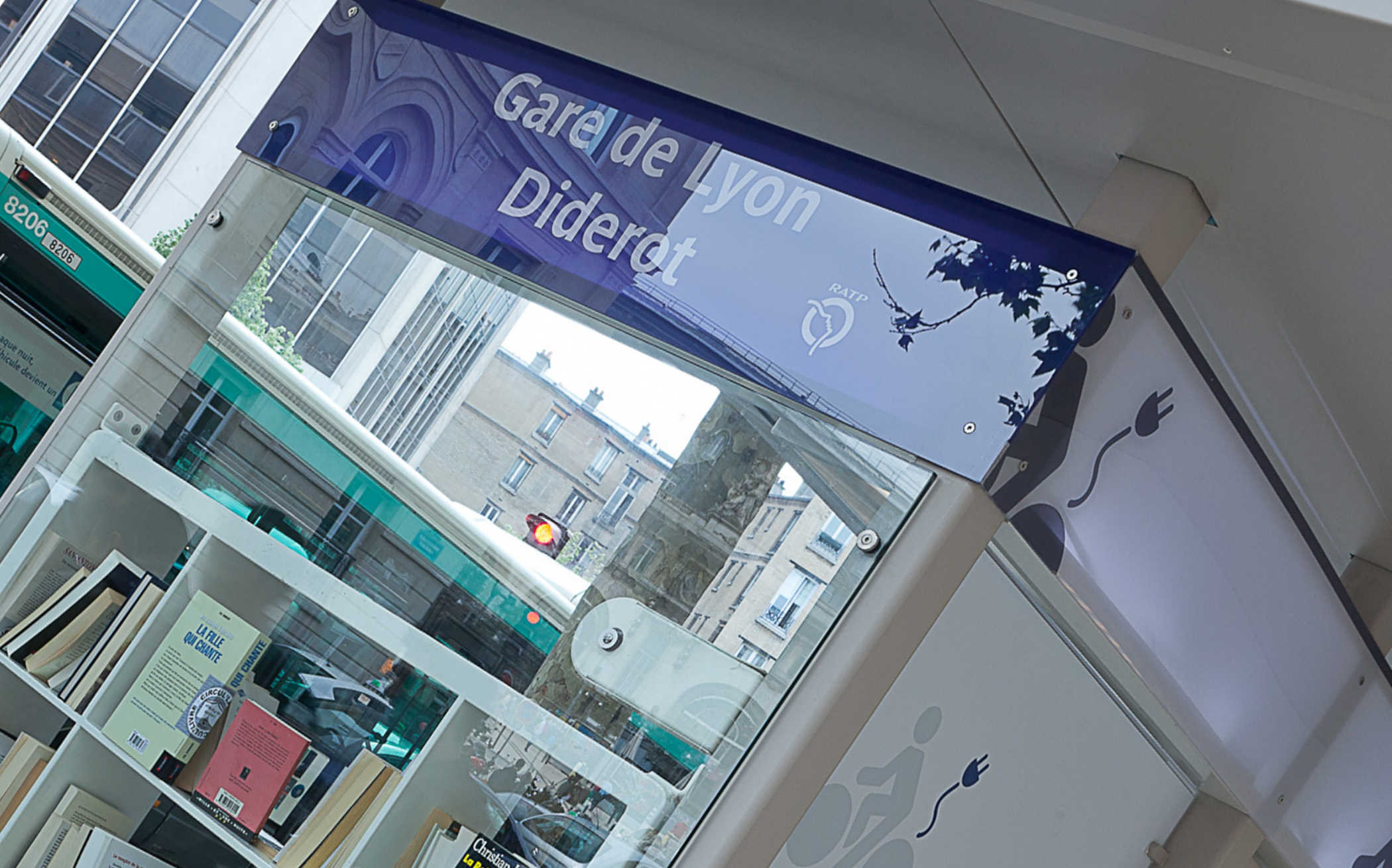 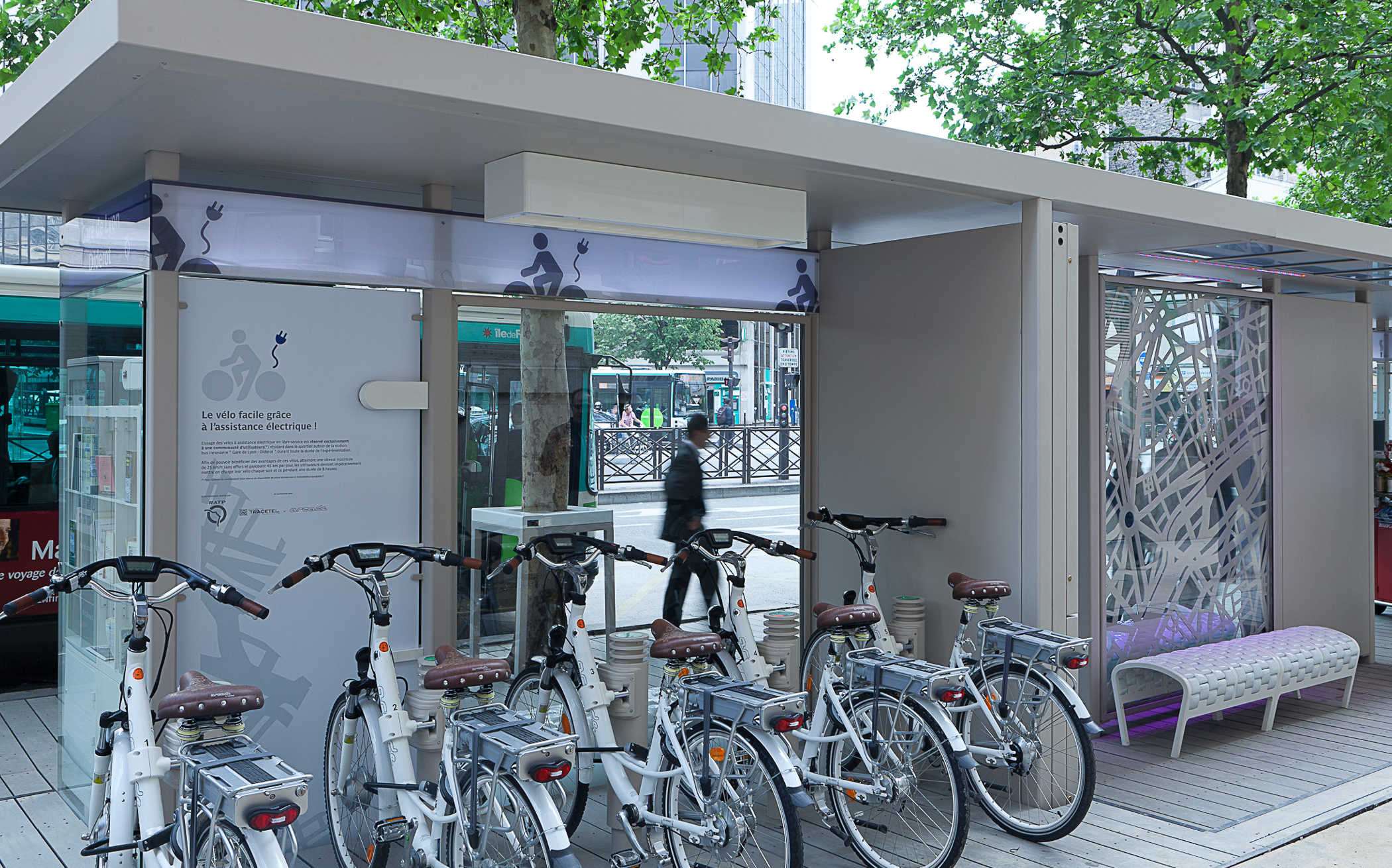 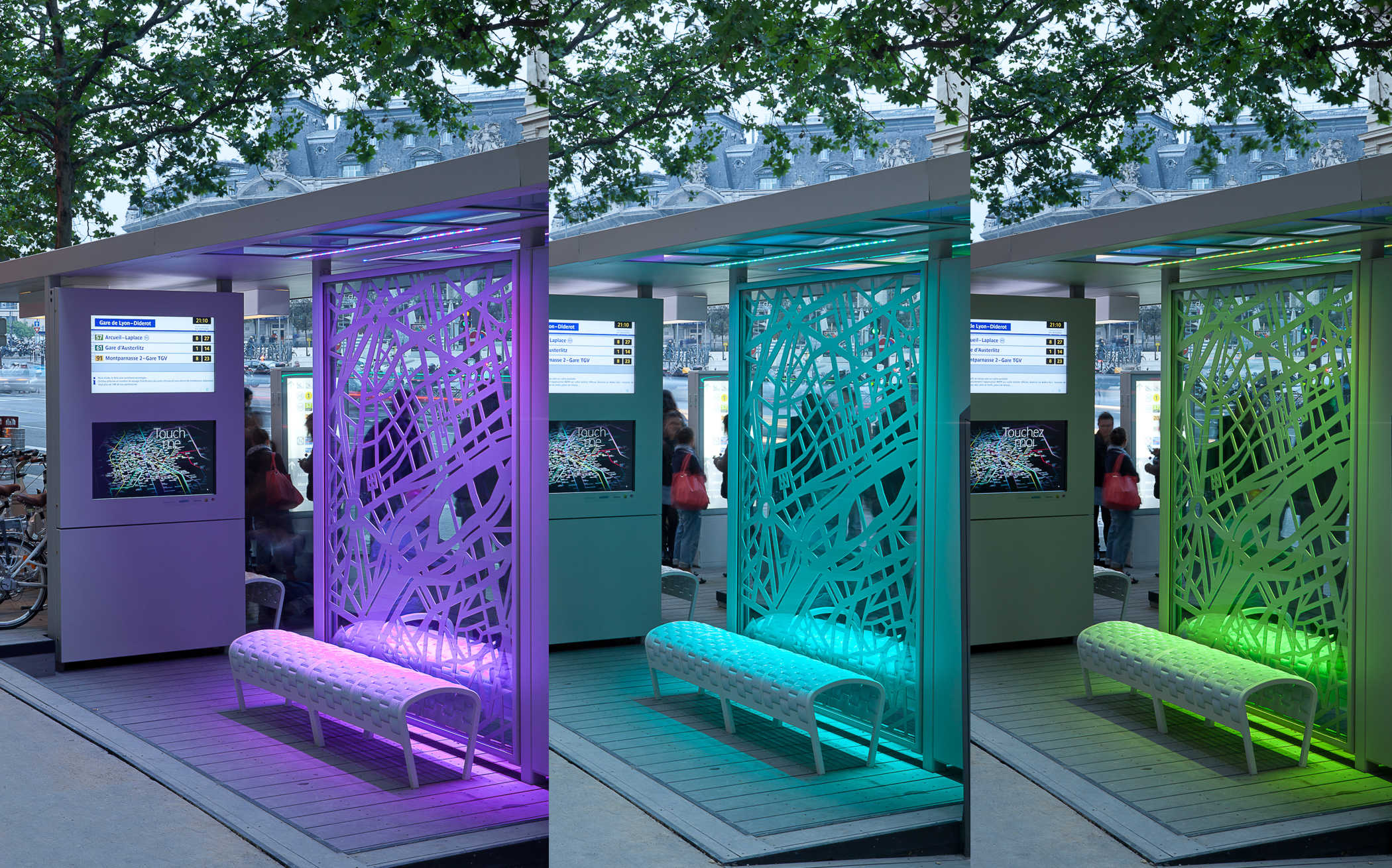 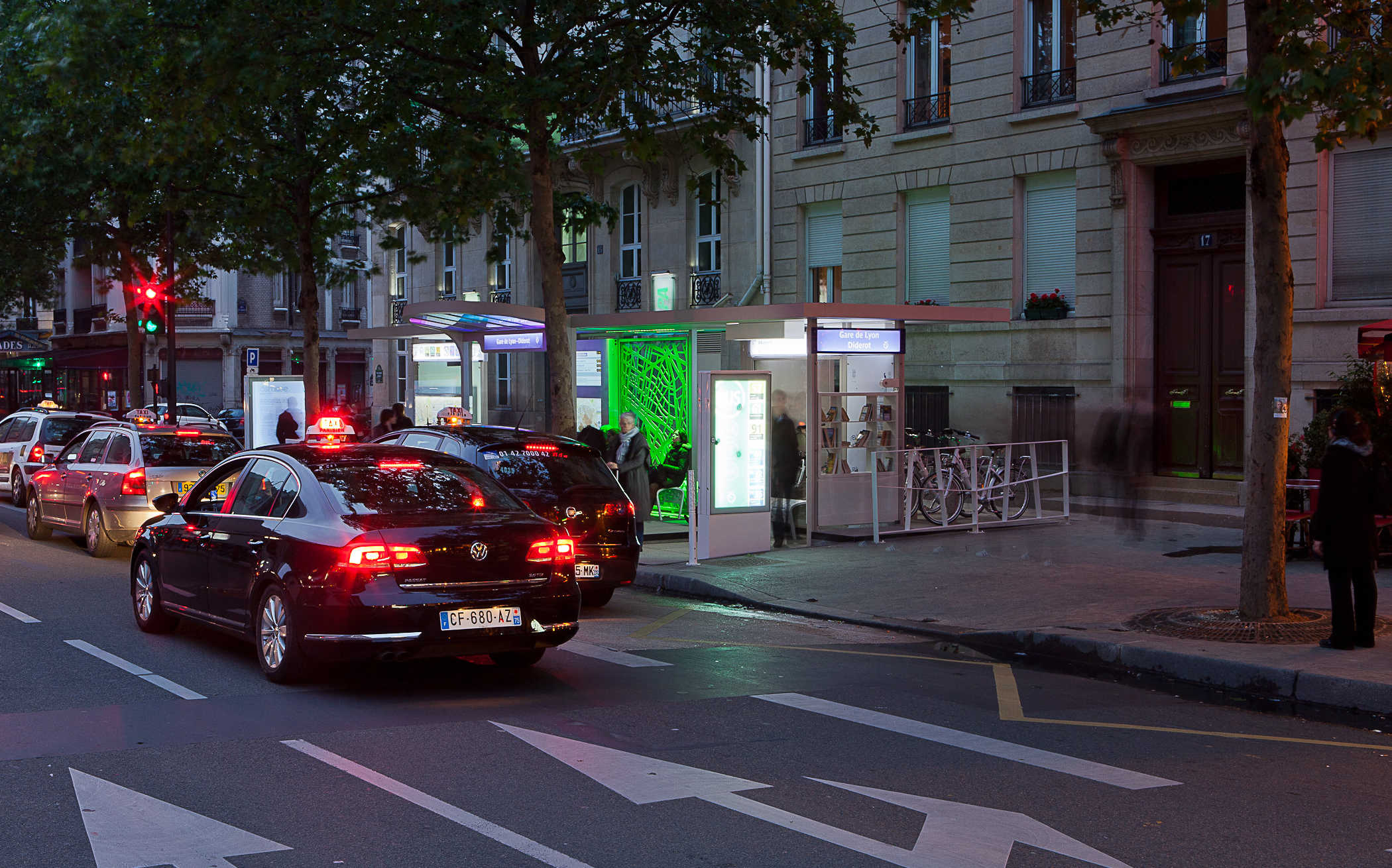 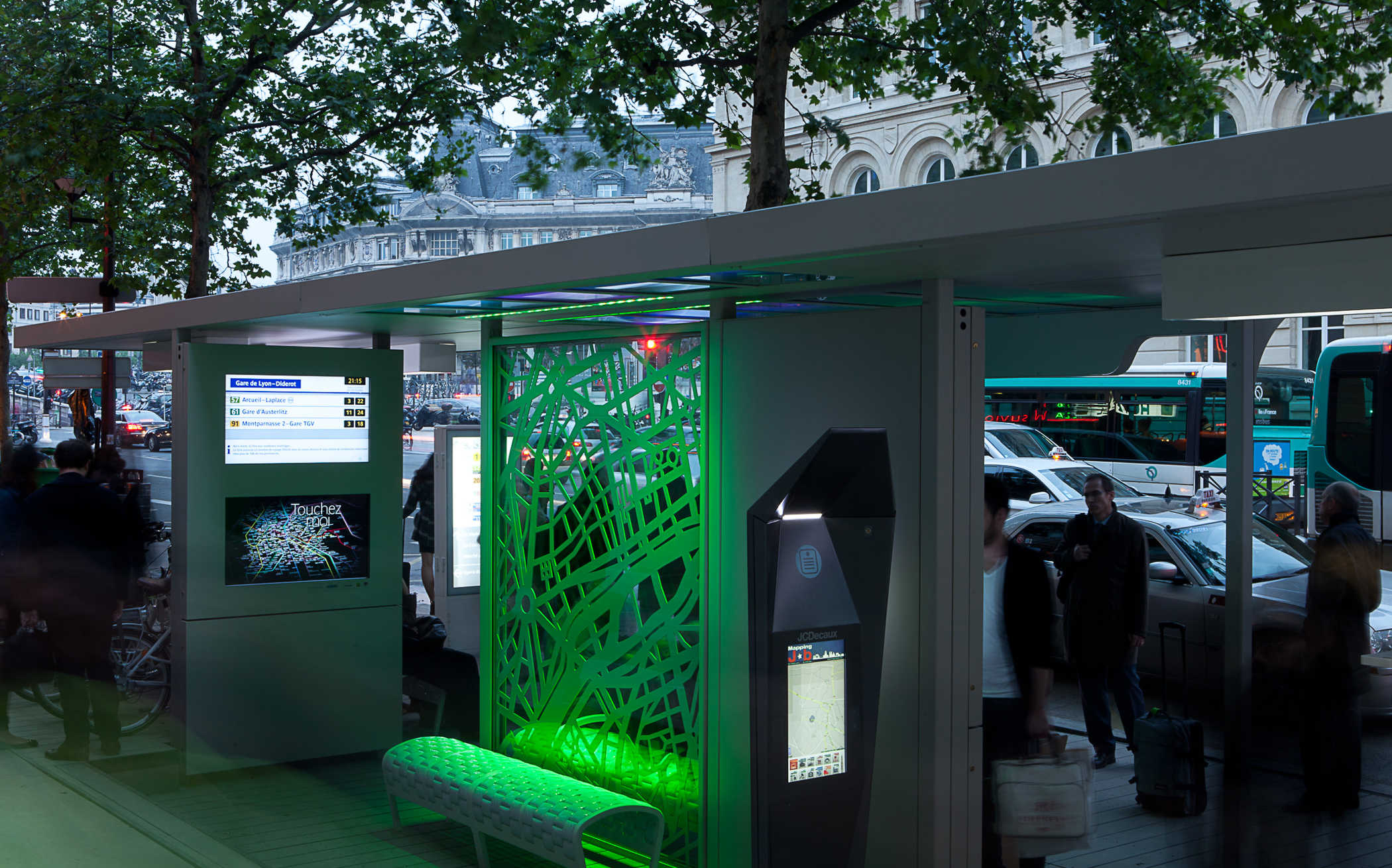 The Osmose project originated from a request by the Paris City Council to have a new concept for bus stops, which is more democratic, capable of accommodating an ever-increasing number of users and which would become a real transport hub.

Installed on an experimental basis in Gare du Lyon in Paris, this is a bus stop made of steel, which covers an area of 85 square metres and is divided into three open-air sections.

The first houses an illuminated map with timetables and information on the area covered by the public transport network.

The second is equipped with two benches positioned at the ends of a heated glass panel decorated with a reproduction of the city’s streets.

In the third section there is a reading room with benches and shelves that contain a small library of books that can be borrowed to make waiting for public transport more enjoyable.

On the opposite side, electrical outlets are installed to recharge bicycles or other appliances.

The lighting was designed to turn the colour of the bus stop from purple to electric blue based on the time of day, while a short and discreet sound alerts passengers to the arrival of the bus.